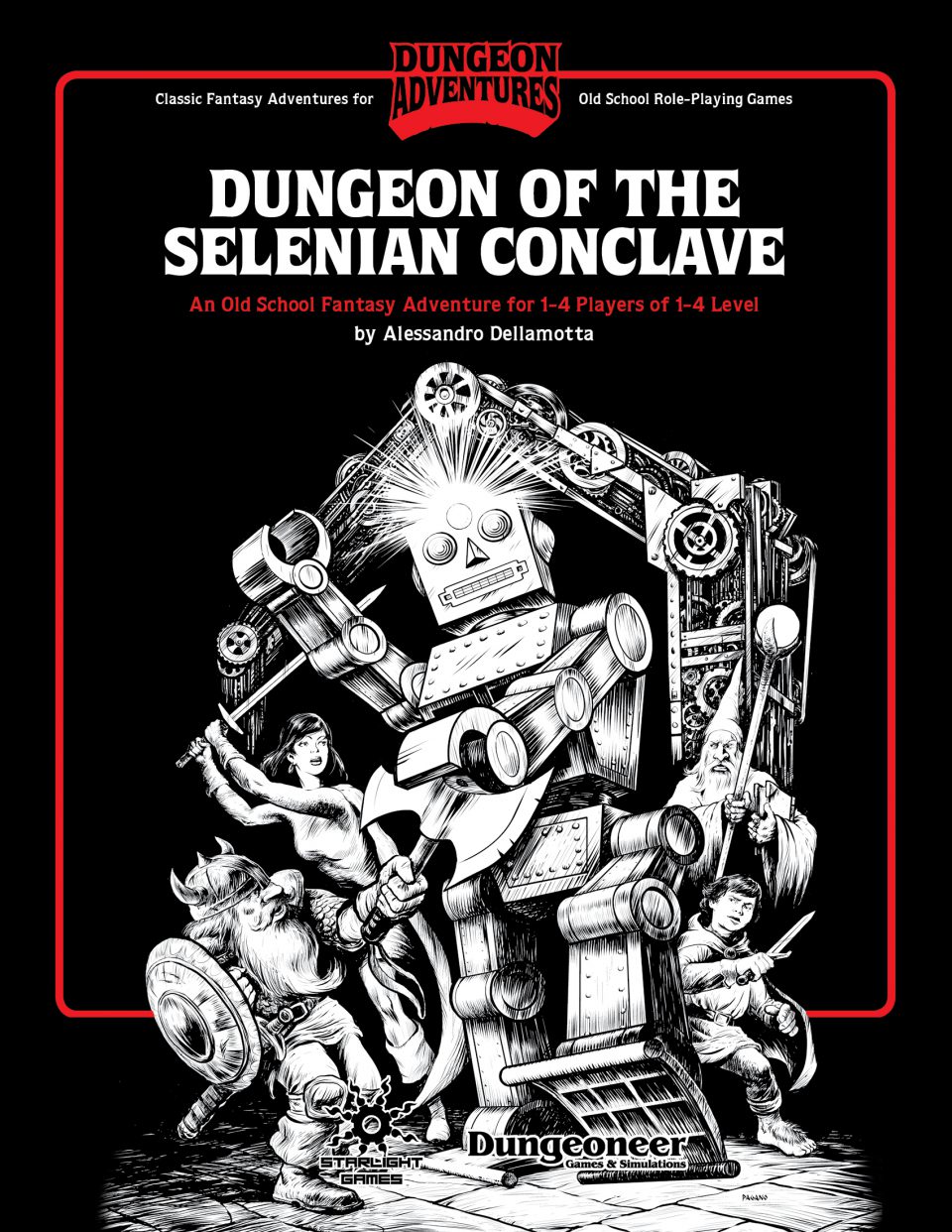 Dungeon of the Selenian Conclave is an oldschool adventure module for the 1981 edition of the world’s most famous fantasy roleplaying game, meant for a party of 4-6 characters of levels 1st-2nd.

Deep underground, an orc-infested dungeon is revealed to be an abandoned sorcerous laboratory, the turf of powerful ancient wizards and their secret research. There, the Selenian Conclave labored on how to extend their reach to a place most remote indeed, for their aim was the Moon itself!

This is a classic, location-based adventure module: an underground refuge, used by a band of orcish raiders, but concealing deeper secrets: it was once the secret base of a reclusive conclave of wizards, and most of the complex – as well as the fruit of their researches – is locked behind magical seals and trapped doors.

Dungeon of the Selenian Conclave is designed to be compatible with most campaign settings and most rulesets that follow in that edition’s footsteps. It is also easily adaptable to most other fantasy roleplaying systems and is an OSR Compatible product. 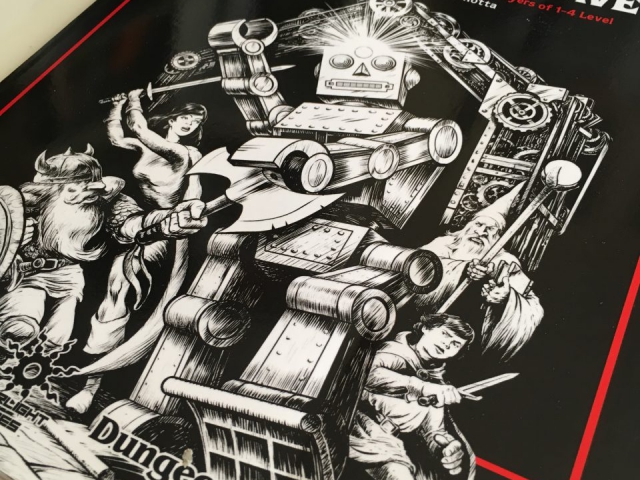 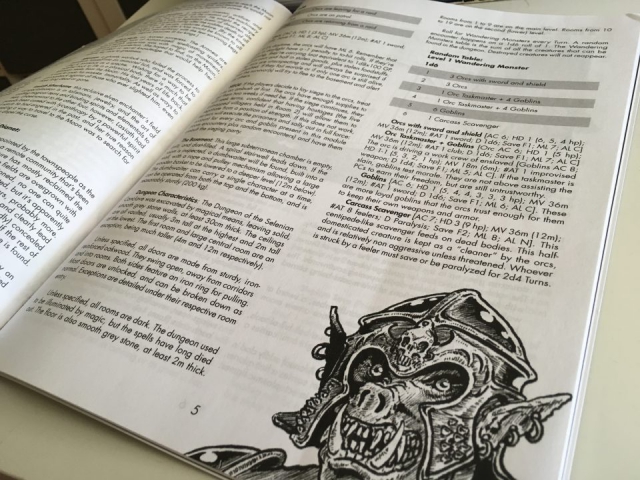 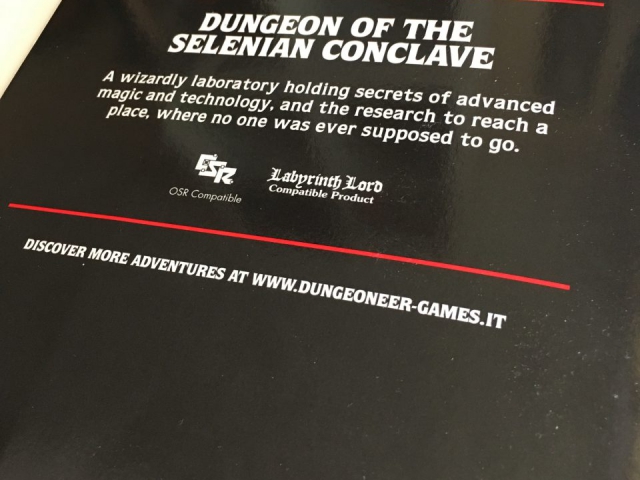 This module is available in PDF and print format at RPGnow/DriveThruRPG.
Written by Alessandro Dellamotta and cover art by Peter Pagano.